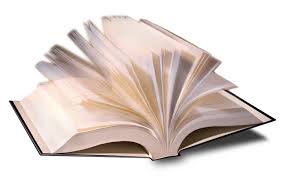 Once again I had an abundance of literary experiences as I reached my goal of reading two books per week in 2011.

I scrambled to reach it. At the end of October I realized I had just nine weeks to read 32 books.  You see, I had abandoned my reading routine to play in my garden this summer, which put me behind.

Reading books became THE priority; on holidays I read a book each day. I reached my goal and I carried over a book, On the Origin of the Species by Charles Darwin, which is interesting but somewhat tedious. I am half through it.

Some of the most interesting titles came to me through my book club, among them Pope Joan by Donna Woolfolk Cross, which was my 300th book since I started this epic journey in 2007. We read Still Alice by Lisa Genova, about a woman dealing with her Alzheimer’s disease; we read Lolita by Nabakov and we read Room by Emma Donaghue.

We routinely exchange books we’ve read and my book club was a source of a number of good titles, both loaned and simply recommended. Some examples include: The Help, Water for Elephants and Too Close to the Falls.

I continued catching up on classics: I read Bram Stoker’s Dracula and Mary Shelley’s Frankenstein, both of which I found to be quite different from the Hollywood interpretations. I read Gulliver’s Travels, Around the World in 80 Days, Uncle Tom’s Cabin, Grimm’s Fairy Tales and the first two Tarzan books, which I really enjoyed.

I read a number of non-fiction works including the Popcorn Report, which is still relevant even though it was written 20 years ago. I read The Secret and the Law of Attraction, both geared towards improving my outlook on life.

I read a number of books on health and food and some business books like Malcolm Gladwell’s What the Dog Saw and First Break all the Rules by Buckingham and Coffman, both well worth reading.

In less than a week I read The Hunger Games series (three books) by Suzanne Collins. She wrote them for a young audience but they’re written well enough to engage adults.

I also read two very awful books, Pewter Angel and Another Angel of Love. Henry Riplinger, the author was signing books at Costco and I engaged him in a conversation since I’m always interested in how authors get published.  His best-selling books were offered at half price so I bit. I thought they were terrible!  (Sorry, Henry!)  Reading those books encouraged me in my writing. If he can be a best-selling author, I can too and so can you!

As of the end of 2011 I have read 370 books in five years, more than most people will read in several lifetimes.

My plan for 2012 is to reach for two books per week again, hopefully without the mad push at the end of the year. I want to read more Mark Twain, more of John Steinbeck’s work and also explore Ernest Hemmingway’s writing. These are in addition to the 270 books on my “to read” list

Most people think I am crazy for setting my sights so high, attempting to read so many books each year. I might be. But I am getting an invaluable virtually free education!

I enjoy “getting it” when writers or speakers refer to a quote or an idea from a well-known book.  My vocabulary continues to improve and I think my writing is better because of my studies. I would rather read the books than see the movies, which are so often disappointing.

I like to think that I am smarter, if nothing else, because I don’t fill my evenings with mindless television, which is proven to require less brain-power than sleeping!

The heroine in Still Alice faced her disease with a few regrets, among them that she would not be able to read all those books she had put off reading until retirement. If I am similarly struck, I will have fewer regrets; I’ve read them while I could.

I encourage you to increase the number of books you read in 2012. Two per week might not be attainable but if you read two per month, that’s 24 books, more than most people read in several years; indeed, more than some in a lifetime!

I guarantee it will change your life.