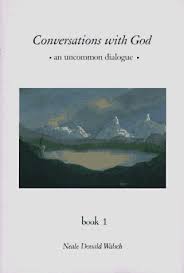 My regular readers may remember that my ongoing goal for the last few years has been to read a book each week. It began with a New Year’s resolution in 2007. I had such a ball that the next year I resolved to do it for the rest of my life.

In 2010, I’ve inadvertently raised the bar.  It all started with some trips involving airports in January and February.  I used to dread delayed flights; now I look at them as bonus reading time!  By the end of February, I had read 16 books, double my goal of one per week.

Then around mid-April I realized that I was on track to read my 200th book since I started this journey so I put in some extra effort and read that 200th book the day before my birthday in mid-May as a birthday present to myself.

Shortly after that, a long-time friend suggested I join her book club, something I have toyed with for awhile.  The book for the last meeting of their season was Steig Larsson’s The Girl with the Dragon Tattoo.  Another friend loaned me that book and the second of the trilogy, The Girl Who Played with Fire.  They are long books, around 800 pages each, but well-written.  I read them in a weekend and then bought the third one, The Girl who Kicked the Hornet’s Nest, and read it the following weekend.

I met with a group of fabulous women (the book club) for brunch one Sunday morning in June.  I found out it was as much fun to share thoughts about the book as I had hoped.  I was glad I had read all three books before the discussion, although I had to be careful not to say anything that would spoil it for those who planned to read the next two books.

I always have one in my purse for those times when my lunch date is late or I arrive early.  I read while I’m waiting in long line-ups at the bank or on the LRT.  It’s amazing how much reading I accomplish in these casual occasions.

I have a book in the living room.  While husband watches TV, I will often read for an hour or two in the evenings.  I sometimes take the book to bed with me and read for half an hour before lights out.

I always have a self-improvement or inspirational book on the go, which I read for a few minutes each morning when I first wake up.  I have found such books set the tone for my day.  They often contain concepts that I would like to mull over so reading them a few pages at a time is an effective way to digest them.  Sometimes I’ll read a few pages of that book before bed too.

This journey has turned me into an amazingly fast reader.  A basic novel that’s under 300 pages takes me as little as three hours to read.  I will often start and finish a book on a Sunday afternoon; it’s exhilarating!

I‘ve had some amazing adventures sourcing books to read this year.  I spent two afternoons at the Calgary Herald’s annual used book sale, one with my granddaughters who had a blast choosing books.  Seven-year-old R chose books with animal and fairy themes.  Four-year-old J was cramming books into the bag I provided her with abandon.  She was upset when I made her put some of them back but we all had fun.

The next day I went back and spent three more hours searching through boxes for books on my list of over 250 that I carry in my purse wherever I go.  I felt like I had won the lottery!  Of course I didn’t stick to the list as I found several books by authors I had read before or heard of that weren’t on my list.  Some of these books have turned out to be real gems.

Earlier this spring the Calgary Philharmonic Orchestra held a book sale and I picked up 30 books there for $1 to $2 each.  This habit of mine could be expensive if I were to buy new books!  I was able to buy some new ones this year since my friends and family gave me Chapters gift cards for my birthday.  Sometimes I simply must buy new books, especially if they’re bestsellers and I can’t wait for them to show up in the used bins.

I’ve also gotten familiar with some used bookstores in the city.  I had no idea there were so many in Calgary, although the stores charge significantly more than the aforementioned sales.  I’ve also noticed that Amazon has many of the used books I covet for as little as one cent!

I started the year reading Arthur Golden’s Memoirs of a Geisha and Richard Adams’ Watership Down, a 478-page book about bunnies that, incredibly, held my interest.  I struggled through Moby Dick but was amazed to read a reference in it to Avatars the same week I saw the movie Avatar.  It added to my understanding: one of the benefits of all this reading I’ve done.

I was pleasantly surprised that I enjoyed Dickens’ David Copperfield but Great Expectations was a tedious read, despite being recommended by a friend of mine and being on Facebook ‘s must-read list.

I finally read the seventh Harry Potter book, Deathly Hallows and concluded that Rowlings was right to end the series; it’s time.  James Frey’s A Million Little Pieces was an interesting read despite the controversy and Oprah feeling duped.  (He touted it as fact and it was later revealed to be largely fictitious.)

I read three Nicholas Sparks novels, (The Notebook, Inn at Rodanthe, and The Rescue) which are “feel good” books and easily devoured on a rainy afternoon.  I finally read Anne Frank’s Diary of a Young Girl.  Another holocaust-centred book, Sarah’s Key, by Tatiana de Rosney was a fictional account of a Jewish girl’s experience during the very real round up of Jews in Paris in 1942.

Another noteworthy book, The Memory Keeper’s Daughter by Kim Edwards is an interesting story about a Down Syndrome child’s life and the lives of her parents.

The best book I’ve read so far this year, bar none, is Conversations with God by Neale Donald Walsch.  It was so inspiring in fact, I was compelled to read it again, immediately after I finished it, something I’ve never done before.  Then I read the next three in the series, (Conversations with God 2 and 3 and Friendship with God).  I’ve given away at least eight copies of the first book.  I personally think it’s a book everyone should read.  I felt it confirmed and strangely, denied, everything I had suspected about religion although I would not describe it as a traditional religious book.  It gave me some perspective that has helped me in my daily life.  I also witnessed a profound difference in my daughter’s life after she read the first three books.  One must have an open mind to read Conversations with God but I guarantee it will improve your journey.

As I’ve mentioned before, I keep a spreadsheet of the books I have read since I started on this path.  I would be happy to share it with you if you will simply ask me to send it to you.  I hope I have inspired you to read more.  It has truly enriched my life and I’m confident it will enrich yours.   Happy reading!