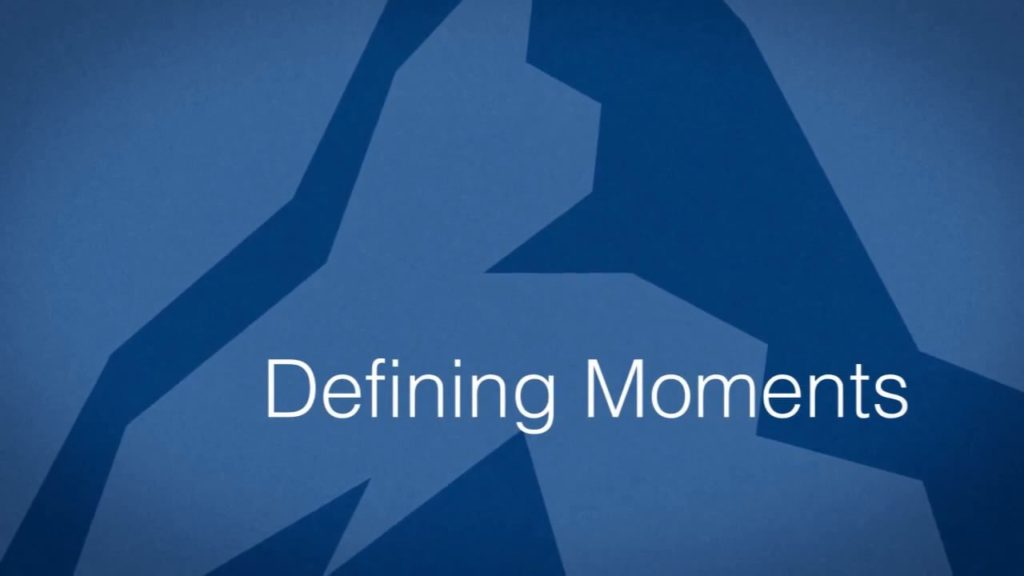 Lance Miller, keynote speaker at the 2017 District 42 Toastmasters Fall Conference, spoke about defining moments: little actions that can completely change the trajectory of our lives or result in outcomes we could have never imagined.

Let me tell you about the amazing consequences of a small act of kindness:

Last spring a Cowboy Poetry colleague, Jenn, whom I barely knew, lost her husband. When I saw her at the next festival, she was quite distraught. She and Harry had sung together. She was determined that his passing would not inhibit her playing and singing but she found it extremely difficult to be a solo act.

I suggested we sing together. We did, had tons of fun and it helped Jenn get through the weekend.

When we met up at the next festival two weeks later, my guitar player couldn’t come so I taught Jenn my song in the morning and we performed it in the evening to favourable reviews. We had so much fun we agreed to meet again to sing.

The Toastmasters conference was in her city, Medicine Hat, a month later. I invited her to come to part of it and take in the banquet with me.

She did. My fellow Toastmasters welcomed her. One helped her with glam make-up for the banquet. She even won a door prize. And here’s what she sent me today:

Shelley: I had a such a good time Saturday. And again on Sunday when I went to a jam that lasted all afternoon and evening. Last night I felt like I could explode with happiness!

Thanks again for inviting me. I truly felt privileged and honoured to be with someone as accomplished as you and to meet some of your colleagues.

And what a ripple effect one ‘small’ gesture can make! (Your invite was not small, thus the marking.)

When a cousin’s son texted me on Saturday, I said we’d converse later: I was at the Toastmaster’s convention.

That led to lots of questions on his part and an opportunity to promote the benefits Toastmasters would have for him as a young man.

This made me smile.

One small gesture of friendship resulted in a non-Toastmaster spreading the good news about the benefits of the program.

Who knows? These two may end up helping the Medicine Hat Toastmasters clubs grow and touch more lives!

And I had a small part in healing Jenn’s broken heart.

If you get the chance to say a kind word, give someone a hug or invite someone to your meeting, do it.

You never know what a difference you will make and whose lives will be touched.