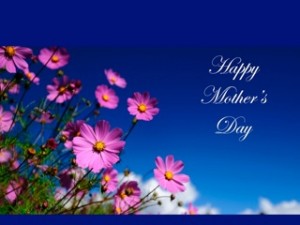 With Mother’s Day just around the corner you may not realize that some of us dread shopping for the perfect Mother’s Day card. It’s not that we don’t love or at least respect our mothers; we do, but not in the Hallmark tradition.

My friend Greg once confided in me the difficulty of finding an appropriate card. His mother was an abusive alcoholic when he was growing up so the “mother and apple pie” relationship never blossomed. She has been off the bottle for twenty or more years but she remains, what he calls, a “dry drunk.” She constantly demands his attention yet she is quick to criticize him at every turn.  She wields the sword of guilt if she thinks he doesn’t visit often enough, despite the hazards of a six-hour plus mountainous journey to her home.

Naturally he finds it difficult to relate to her with any genuine sentiment, despite his obligatory feelings as the eldest son and a responsible adult. Buying a suitable card is nearly impossible yet he wouldn’t dare risk not sending one.

Each year I find myself agonizing in front of the department store Mother’s Day Card displays, searching in vain for that perfect card that conveys my appreciation but without the over-the-top mush and gush. Statements like, “you’re my best friend” or “you were always there for me” simply don’t apply.

That’s not to say we are lacking respect for our mothers.  We’re cognizant of the importance of having been given life. We realize they made sacrifices and they managed to raise us in some fashion despite the challenges they had in their lives. We don’t necessarily blame them for the way things happened.

Greg and I are not alone. Several of my friends’ mothers have lied, cheated, and stolen from them and committed other un-motherly acts towards them and some still do. Some mothers insist on repeating the same awful sins their mothers imposed on them.

One friend’s mother ran off with another man when she was twelve years old. She basically raised herself from that moment as her devastated father was emasculated. Mother and daughter have managed to heal their relationship in the past decade, after a decade of estrangement, and they are still working through it. Obviously, a card that declares “you were always there for me” is totally inappropriate.

Another friend and her mother and siblings endured substantial physical abuse from her father for thirty years. Almost two decades after the abuse stopped her mother pretends it never happened; “father was a saint”, she declares. The rewriting of this tragic history trivializes the trauma her children endured. You can understand the near impossibility of finding a suitable card among the flowery, “I could always count on you in times of trouble” and “Mother, you mean the world to me”.

For those of us whose maternal relationships could be called strained at best, we need cards that wish them a good day, because we can say that with sincerity, but they must not include “everything you mean to me”, “you are my best”, and “I couldn’t have done it with out you” sentiments.

“You really messed up my childhood and consequently my adulthood but you’re still my mother and I honour that”.

“If you hadn’t been blotto throughout my childhood I could buy you a mushy card”.

How about, “Times have changed.  Thank God nobody HAS to get married anymore.”

Or “Too bad you didn’t consider adoption instead of the shotgun wedding; we could both have had happy lives.”

Perhaps, “Lucky for me abortion was illegal then”.  A variation could be “Too bad abortion wasn’t legal then!”

“I’ve come to accept your lack of mothering skills and chosen to be a better mother myself.”

Where are the cards that say, “It would have been nice if you had made me a Halloween costume or come to one parent-teacher interview”?

The simple, “Sorry I ruined your life”.

This one could be popular: “I wouldn’t have worked so hard to be born if I had known you would remind me how you had to endure 36 hours of labour every damned day of my sorry life”.

“Too bad you got short-changed on the oxytocin” (mother-love hormone).  Or maybe, “Instead of a day at the spa your gift is a shot of oxytocin.”

“I take full responsibility for all those stretch marks and your saggy breasts since you blame me for them anyway”.

How about, “Thanks for all the times you sent me to bed without supper; otherwise I would be fat”.

The ever popular, “Let’s face it; not everyone is cut out to be a mother.”

Even for those who weren’t traumatized, a basic “have a good day because I can wish that for strangers and even my enemies, however grudgingly.”

Sorry, I’ve gotten a little carried away. I found some morbid satisfaction in expressing these ugly truths on behalf of children everywhere with less-than-ideal mothers.

I am a grown-up and like many adults I have risen above the shortcomings of my parents. I understand their paths weren’t at all what they had dreamed they would be. I, long ago, forgave my parents and told myself they did they best they knew how; I truly believe they did.

I sincerely doubt there are many parents who purposely ruin their children. I made some stupid mistakes myself when I raised my own.

Let’s just have some cards that reflect the reality that every mother-child relationship isn’t necessarily something to celebrate. That doesn’t mean it can’t be acknowledged as nicely and vaguely as possible.