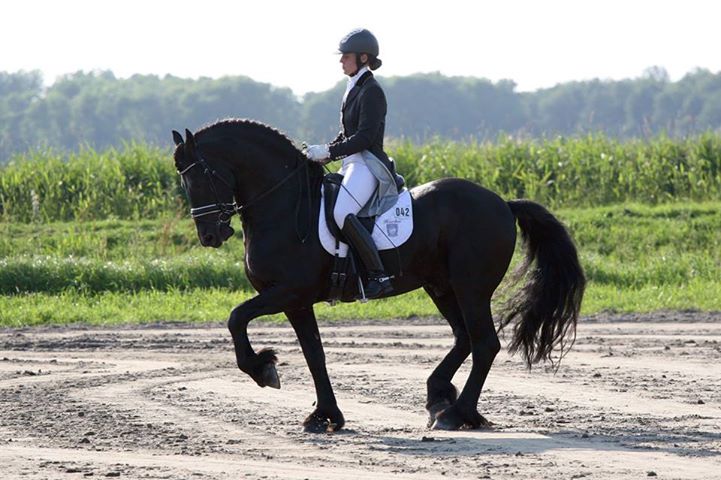 I remember those exhilarating dewy morning rides.  I rode towards the sun, squinting and delighting in its warmth on my face.  My grey half-Arab mare, Jill, would sneak snacks of wild oats as we meandered towards my breakfast in a hedge of saskatoons.

I often didn’t even bother to dismount.  I would loosely wrap the reins around the horn.  Jill would snack on tender grasses in the shade of the Saskatoon bushes. I would perch sideways on the saddle, leaning into the bushes to feast on succulent berries freshly washed by the cool morning dew and unreachable by anybody on foot.

I remember seeing lots of birds on those idyllic mornings.  Are there fewer birds today?  Or am I not where birds are because I live in a city and I’m not out at 6AM when birds are at their best?

We sometimes rode to the river where I’d drop a fishing line in the water, never long enough to catch anything. I was fascinated by the volume of maggots working their stinking magic on the carcass of a horse I once discovered in the bush.  I reveled in the triumph of crossing a scary stream, controlling my steed through an area where she was almost sure to be skittish, or successfully negotiating a steep hill.

Those moments shaped my persona.  My connection with the earth was conceived or perhaps confirmed by those experiences. My courage and confidence grew and each time I survived a scary moment, my self-esteem was bolstered.

I’ve always been grateful that I got to grow up around horses.  Horses gave me the feeling of flying as I galloped down shady dirt roads.  Horses served as my comrades as we meandered along the perimeters of oceans of silky barley tassels.

I liked being the centre of attention on the back of my mom’s grey Arab gelding, Rusty.  (I always thought it a stupid name for a grey horse.)  Rusty carried himself with pride, arching his neck, lifting his feet and waving his tale like a banner.  Eyes were drawn to him.  As an attention-starved teenager, I thrived in his limelight.

Rusty also taught me never to trust a horse 100% (or any animal or human for that matter).   After riding by Mrs. Graham’s petunias-in-a-wheelbarrow display at the end of her drive 25 days in a row, Rusty would shy at it on the 26th day, nearly unseating me, as I was usually gawking at something in another direction.

Horses taught me responsibility through doing chores, namely feeding horses, cleaning their stalls, and hauling water.  As kids on the farm, we had to feed the animals before opening our gifts on Christmas morning. Chores were always finished in record time.

This time of year, I get nostalgic for those early spring-like days when I would saddle up Jill for the first time, possibly in months.

There was always the pungent odor of thawing manure, mixed with the slough-y smell from the standing ice/water just under the snow.  The sun felt warm but there was still a chill in the air because of the “ice-fields” of snow.  I can hear the sloppy crunch and feel the irregular rhythm as Jill’s hooves broke through the crusty skin atop the snow, into the slush below.

Flocks of geese would be trumpeting their return to the north, crocus flowers would peek out from island clumps in the seas of snow, and pussy willows would be threatening to burst.

On the back of a horse, I explored my community.  I examined nooks and crannies of the countryside, spaces unnoticed and inaccessible to anyone in a car.   I once found a clearing, completely surrounded by spruce and pine trees.  It was so quiet there.  I spent several hours sitting in that peaceful space, imagining what it would be like to live in those exact surroundings. I “built” a quaint cabin and envisioned myself lounging in a hammock with a good book, smelling the pine-fresh air and keeping time with the music of the birds.

Horses are great listeners.  I told Jill all my teenaged woes, my crushes and longings and quite literally cried on her shoulders.  To my knowledge, she didn’t tell a soul.  The perfect buddy.

Verbalizing those agonies somehow made them less painful.  A shrink with four legs.  If you think about it a horse and a shrink cost about the same, but the horse is infinitely more fun than the shrink!  And I suspect, more effective.

I love horses’ noses.  The earthy, sweaty, sweet smell; sniff the velvet part of the nose, right at the end, just above the top lip.  They say smells evoke the strongest memories and when I nuzzle a horse’s muzzle, I am flooded with memories of experiences with horses and all the associated emotions that shape my belief system.

From horses I learned it’s okay to take risks.  I have literally gotten back up on the horse’s back after dozens of falls. Maybe that’s where I developed my tenacity. I learned innovation: being too lazy to get off and walk, I’ve squeezed through many gates, lifting my legs to avoid injury.

I was in my dad’s Zorro costume (that my mom had sewn).  It wasn’t as effective on my grey (nearly white) mare, as his black thoroughbred stallion.  I got second prize for my “Lone Ranger” costume.  It never occurred to me until I wrote this down, that because I was with my “Indian brave” brother, they thought he was Tonto and I was The Lone Ranger!  Wrong masked horseman!

We once had a mare named Dogface: she had an UGLY head, hence her name, but she was docile enough to pull a toboggan.  We passed many winter Saturdays taking turns riding Dogface and being whipped around on the toboggan.   That helped me despise winter less.

I shared my parents with horses; they devoted their lives to this magnificent animal.  Admittedly, I was sometimes jealous but now I’m thankful they had horses as a common interest, which undoubtedly, kept them together these 53 years.  Surely they would have been richer if they had “real jobs”.  They taught us through their example that experience and happiness trump money and possessions. I know they got that from horses.

My parents followed their passion.  As a result they understood their children’s need to seek their own interests and passions.  I appreciate that when I see others who struggle with meeting their parents’ (or spouse’s, or children’s, or friends’…) expectations of their life choices.  That freedom to choose is also a skill developed by being associated with horses.  The horse is a symbol of strength and freedom.

Have you ever seen a slow-motion video of a conditioned horse galloping?  If you have you will know there is a God, to create such a marvelous, beautifully fluid masterpiece.  Their manes flowing like whitecaps.  The ripples of their muscles.  The flaring of nostrils.

And I appreciate it more because I have been six feet off the ground, feeling the pounding in my very bones, marveling as the world rushes by, and controlling the enormous energy beneath me with a touch of my hand or the turn of my foot.

I miss the smells, the feelings and the sights of horses.  I’ve moved on from horses to other interests, but I am grateful for the early lessons I learned in their company.  Too bad more people don’t have the opportunities I had.

I pride myself in my “horse sense.”  I will always count horses as major influencers in my life.