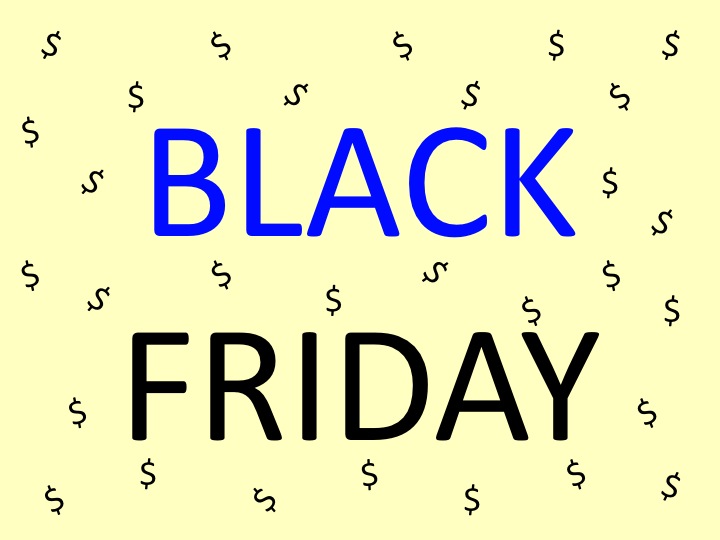 We interrupt today’s mindless worship of consumption with this burning question:

What did you create today?

In the frenzy of Black Friday I am struck by an overwhelming feeling of hopelessness.

I like a good deal as much as anyone and Black Friday is reportedly The Day of the Year for Best Deals.

And not just in the USA. Black Friday has sneaked into the Canadian shopper’s lexicon.

How many of us actually need more stuff?

I realize retailers count on this next month to flush them out of the red and into the black. Our countries’ GDPs rely on strong retail markets. The goal is always growth.

But what is all that growth doing to us? Consider this:

How long can this go on? When will we grow ourselves right off the face of the earth?

What would happen if we turned around our thinking?

What if, instead of consuming, we created something to give back to the world?

We don’t need another set of dishes or a TV for the bathroom or more “collections” to dust.

The world needs solutions to its problems, especially solutions unfettered by entities whose sole reason for being is making money at any cost: human rights, pollution, lying.

Some of the best solutions will change the world without making their creators rich. That doesn’t make those solutions any less valuable to the earth. Or any less satisfying to the creator.

A recent news story touted a cancer cure discovered here in Alberta. Sadly, money to conduct solid scientific research is not available. Big Pharma isn’t interested because the promising material cannot be patented. Most of the money raised for research goes to pharmaceutical companies. It’s likely that cure will be buried along with the thousands of patients that die from chemotherapy and radiation poisoning every year.

If more of us keep our credit cards in our wallets during this seasonal consumer free-for-all and if we channel those resources into something to improve the world, we all win. Maybe we should crowd-source (raising money online) the cancer cure and claim ownership of it for the people. We could give it away and save money (on cancer poisons) and save lives.

If we continue in our wasteful indulgences, the world will perish and all the money Obama can print and all the junk you can buy with it won’t make a speck of difference.

To review: creation not consumption.

At least consider it.

Before 9AM I had already received at least a dozen birthday greetings, thanks to modern technology: phones, emails, and Facebook.

Like most people having a major birthday I’ve been contemplating my life the last few days. I have some random thoughts about it.

My first thought is I’m half-way through my life. It may seem ambitious but I feel like I’m 30 so I have every reason to believe I can live to 110, at which point I should feel like I’m 60.

Deciding to live that long is liberating. You see, sometimes I get in a panic that I won’t have enough time to do everything I want to do before I die. Now I do.

I have big plans. I feel like everything I’ve done in the first 55 years has groomed me for the marvelous things I will do in my next 55 years. I have achieved some impressive accomplishments but I’m more excited about my future potential.

You may find it strange that I think of 55 as a beginning. Many folks work for Freedom 55, when they can stop working. For me retirement is not an option. It seems to me that when people quit having purpose in their lives they die.  Of course, working for The Man is not always a good thing. But working at something is one of the keys to longevity, at least in my observation.

55 can be scary. I’m now in the final demographic, 55+, commonly used by surveys and radio stations. The connotation is that everybody older than 55 doesn’t matter as much as the targeted 18 to 24 or 25 to 54 groups that can be counted on to spend lavishly on consumer goods.

We 55-plus-ers are not good consumers. First of all we have accumulated a lot of stuff so far. There is little that we need.

We’re more apt to crave time than things, time to spend with people who matter, time to write or read those books, time to enjoy a sunrise with an avian symphony soundtrack.

When you’re young, time seems to be an endless commodity. When you’re 15, you have so much of it that you can actually claim to be bored! Boredom is rarely experienced by a 55 year-old.

At 55, money is different too. We still need it to live but we tend to no longer live to need it. Creature comforts are less appealing, perhaps because we have everything we need and more. I’m more interested in making money so I can share it and do good deeds with it. I’m focused more than ever on the legacy I will leave.

How does a 55 year old celebrate this auspicious birthday? The long weekend forced the delay until Tuesday of the traditional May 17 lunch where I meet with four of my friends who share my birthday.

Today I’m going for lunch with an elderly friend who recently battled cancer. She seems to be winning. We will celebrate our victories: we’re both still alive!

I intend to spend a few hours in my garden this afternoon. It’s my meditation.

I decided that what I really wanted for my birthday was to spend some of my precious time with my four girls, my two daughters and two granddaughters, the Grandtoys. We plan to tour the country popping in on friends and relatives.

As the years add up I’m figuring out what really matters.