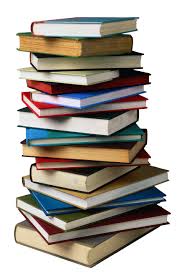 My life continues to be enriched beyond my expectations because of a decision I made seven years ago to read a book each week.

I’ve toyed with upping it to three each week but if the goal is too arduous, it may no longer appeal and I am sure to flounder. I’m shooting for 1000 books in ten years, which means I have just over three years to read 422 books. I’ll give it a go and see what happens. In the short-term I plan to read 22 books in January 2014, to reach an even 600.

In past years I have read about 50% fiction and 50% non-fiction. This year fiction accounted for only 30% of my reading. Another 25% are particular to business and marketing. A significant number are health related.

At the beginning of 2013 I set out to read some important works, including The Holy Bible, The Holy Quran and The Book of Mormon. I was intrigued to see for myself what these influential books had to say. I was surprised by the Quran’s early references to respecting Jews and those who follow Jesus, leaving me to wonder from where the “kill the infidel” mentality comes.

In an unusual move, I finally abandoned the Book of Mormon after reading 60% of it. I could no longer force my eyes to look at words that carried no real meaning or purpose. I actually avoided books for a month because I dreaded getting back to The Book of Mormon. I wonder how many of my Mormon friends have read it cover to cover. For the record, it is just the second book I’ve abandoned in seven years.

I read some great titles suggested by my book club, including A House in the Sky by Amanda Lindhout, a woman from my hometown, on her kidnapping and confinement in Somalia for over a year.

As always my book club expanded my reading horizons. These ladies are like sisters because we’ve shared so many experiences and had so many heart-to-hearts, usually, but not always related to our book of the month. I value our book discussions and the connections they spawn. Another highlight of my year was visiting a friend’s club and seeing the way they conduct their meetings. (They have rules! No non-fiction!)

Many of the best books I read this year were about speaking and writing, as I continually hone those skills. Paid to Speak (various authors) was a real gem. I recommend it for everyone, not just speakers. A friend loaned me Writing Down the Bones, by Natalie Goldberg, and The Right to Write, by Julia Cameron. I plan to buy copies for myself. Coveting it for my own library is a sure sign of a book’s value.

I read 16 books on my nine-day vacation to the cottage, catching up on some classics like The Secret Garden and re-reading Heidi, a book I enjoyed reading when I was eight years old. Many of the classic titles are available for free online and they’re easy to carry in your favourite electronic device, perfect for vacations. I love paper books but e-books have their uses.

On another week vacation, I read ten books including some John Grisham novels. I enjoyed them well enough but I won’t seek more of his work.

I read some light stuff like The Sisters Brothers by Canadian author Patrick de Witt and The 100 Year-Old Man who Climbed out the Window and Disappeared by Jonas Jonasson.

My reading habit sparks interesting conversations wherever I go. People love to tell me about their favourite reads. My to-read list has over 400 titles on it. As I lop off one, other readers suggest another two or three to add to the list.

Reading so much makes me appear to be educated. I suppose I am but I don’t have the piece of paper to verify that I know stuff. No matter. It’s the knowledge and experience I crave, not the recognition.

Reading more does require different behaviour. I always carry a book with me as I encounter many stolen moments to read each day. I estimate that I read a book a month, simply waiting: in lines, for appointments, and for lunch dates or the school bus to arrive. Waiting for and on planes is like winning the reading lottery!

I have several books on the go at any given moment. This prevents “reader’s block”, moments when diving into a technical book doesn’t appeal but a good mystery would hit the spot. I also use technology by sourcing and reading books online.

I set specific times to read, like first thing in the morning, before my day bulldozes me into an unexpected direction. I also read before bed, a great way to quiet the mind and wind down for sleep.

Of course my TV viewing habits are different from others and I rarely see a movie. But I don’t feel the least bit deprived. My world is far richer and more satisfying than if I were mesmerized by mind-numbing so-called reality shows.

My book expenditures are amazingly sparse. I buy a few new ones (usually with gift cards) and a stack or two of used books each year. The rest are borrowed or gifted. I’ve learned to pass on books to others quickly. The more I give away, it seems, the more I receive.

When I started this journey I had no idea what I would experience. I wouldn’t have missed it for anything.

I encourage you to set goals to read more books. It doesn’t have to be two per week. It could be one per month. I guarantee it will change your life for the better.

My inbox delivered a delightful surprise this afternoon, a pre-sale announcement for OdysseO by Cavalia. When I saw Cavalia back in 2011, I was so inspired that I wrote this piece to describe it.

If Odysseo is anything like the first show, you MUST go! Enjoy!

The first image we see is the birth of a foal and its subsequent struggle to stand on its own four feet. He thrashes and tumbles repeatedly. By the time he triumphs, proudly balancing precariously on his stilt-like limbs, the audience is so invested in his quest they cheer him with a fervor that belies their allegiance to The Horse.

I assume the name Cavalia comes from cavalier, a horseman, especially a mounted soldier or knight; also related to cavalry, meaning mounted military. The cavalry and, for that matter, the horse, have contributed indelibly to our North American history, especially in Western Canada.

Both my grandfathers cleared and farmed land, using horse-power (a term used still in the automobile industry). My parents both rode horses to school, as did both my grandmothers. I also grew up with horses, (see previous post, Ode to Horses) but I never got to ride mine to school, one of my childhood dreams.

It was on horseback that most of western Canada was explored and “conquered”. Calgary’s most famous annual event is horse-centric: the Calgary Stampede and its various related activities like the Calgary Stampede Parade. Over a thousand horses prance in the parade, not to mention all the bucking horses, cutting horses, and chuckwagon horses doing their part to produce “The Greatest Outdoor Show on Earth”.

So I’m not surprised that local media has reported that Calgarians, indeed, Albertans, are stampeding their way to Cavalia to be captivated by this magnificent animal.

Cavalia was created and directed by Normand Latourelle, one of the original founders of Cirque du Soleil. Past Cirque exposure had us all expecting a high-quality, jaw-dropping, awe-inspiring performance and I was not disappointed.

The history of the horse is communicated without words in this two-hour equine celebration, from the horse’s original domestication to its more recent involvement in trick-riding shows. Live music, dance, acrobatics, realistic backdrops and optical illusions weave together with the essence of the horse.

The animals are often “on stage” without halters, bridles and other means of control, yet they “perform” miraculous tasks.

My favourite segment was Liberty (name of which I was advised by my horse-loving niece, whose birthday ten members of our family celebrated by attending Cavalia).

In Liberty, a woman stands in the middle of the ring and somehow cajoles seven unfettered grey/white steeds into moving in magnificent patterns for the pleasure of the audience.

With a slight “sleight of hand” she lines them up with their rumps to the audience and their heads turn back as if to taunt us. One naughty horse takes shortcuts a few times, which only delights the audience, as opposed to marring the perfect performance.

In typical Cirque fashion, there is something going on in various areas of the “stage” at any given moment. I am entranced by a particularly intricate dressage “dance” by six white stallions, when suddenly they become eight. I totally missed the entrance of the two.

The show is infused with humour and poignant moments; and music, from thundering-hooves-music to pensive cello solos and haunting vocals. Vivid costumes and graphics enhance the overall experience.

The star of the show is the horse, depicted in many of its incarnations. One can’t help but leave with a sense of awe in the power and raw beauty of this creation and totally believing the Arabian proverb: The horse is God’s gift to mankind.

My sister and I treated our mother, two aunts, and some of our children and grandchildren to the show, which rendered my otherwise talkative family speechless. I’ve heard, “indescribable” and “dumbfounded”.

The tickets are quite dear, (and the souvenirs will lead you to the brink of bankruptcy) but the production meets and exceeds one’s expectations. We looked at this event as a once-in-a-lifetime (okay, Twice!) opportunity to connect with a creature that has profoundly touched us as individuals, as a family, and as a society.

Go if you can.

(If you think I have a vested interest in Cavalia, rest assured I only wish I were affiliated with them: I’m sure Cavalia generates healthy profits).